A POS campaign for a football collection which is dedicated to the South African football club ‚Kaizer Chiefs‘. The story of that club is the story of Kaizer Motaungs, a man who had faith in his dream and fulfilled it. Motaung was a South African forward playing in the early 70s for the North American Soccer League. He was no longer willing to accept the apartheid in his homeland. When he went back to South Africa he founded a football club. A club which turned all people into fans, tore down all racial barriers and united all people through watching the game. That was the mission. They rose up and became the best team of the national league very soon.

Apartheid may be over but the myth of the Kaizer Chiefs goes on: ‚Bring love and peace to the game!‘ 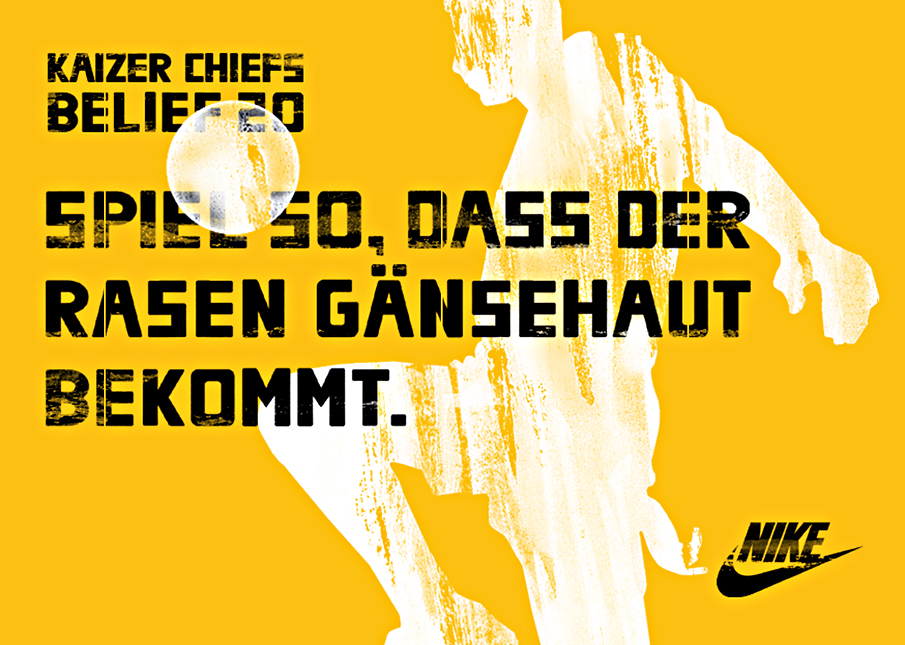 (HL:) Play in a way that the field gets goose bumps. 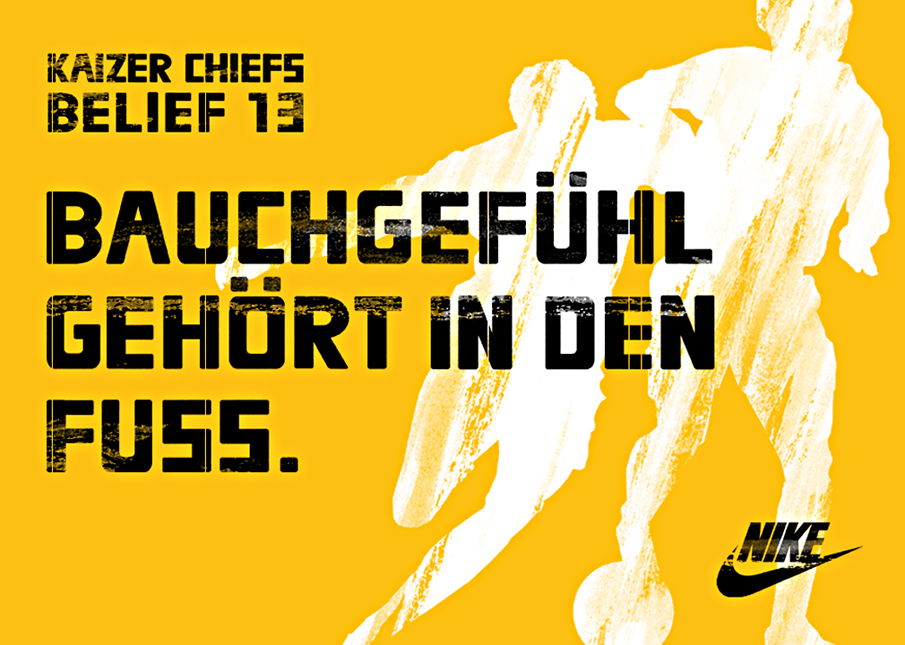 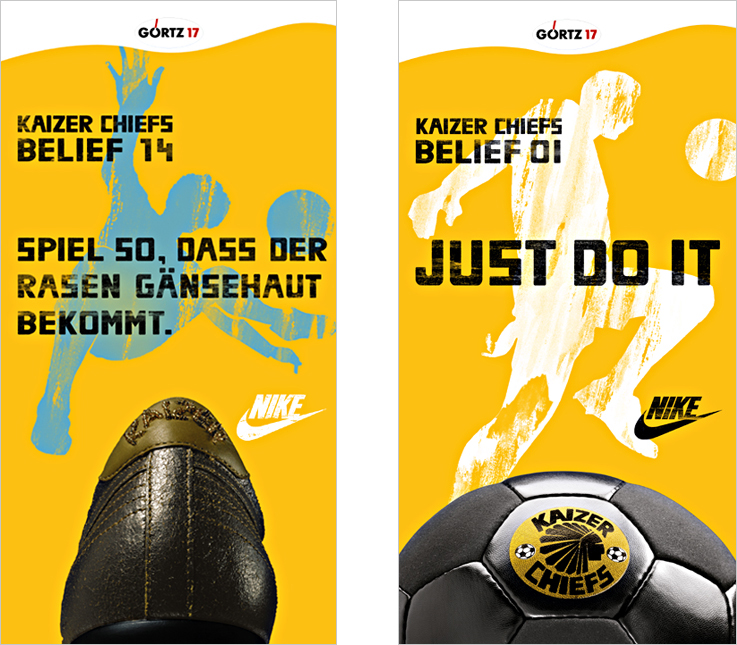 Displays for a shop which sells the Kaizer Chief’s collection. 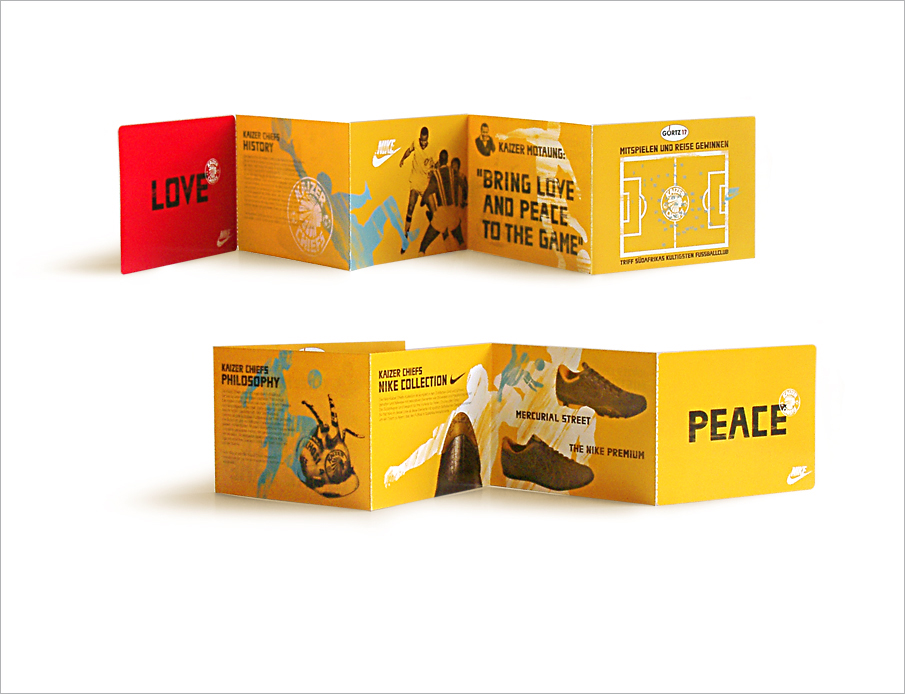 Flyer to promote the collection in cooperation with Goertz 17.

Included was a postcard in two different versions to use at the next football game. 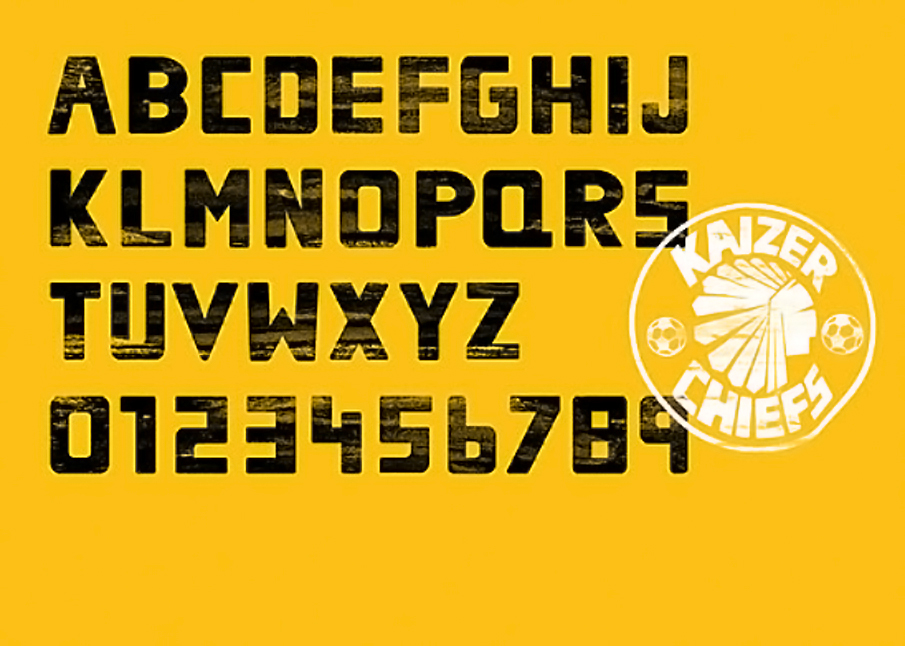 Based on the Logo of the Kaizer Chiefs we designed the typeface ‚Diski Display‘.