MINI China is co-producer of a documentary movie about Tibet. 8 different MINI models drive 70,000 kilometres to the Mount Everest. Director Cheng Gong portrays the mysticism of Tibet on 5 different routes through the country. 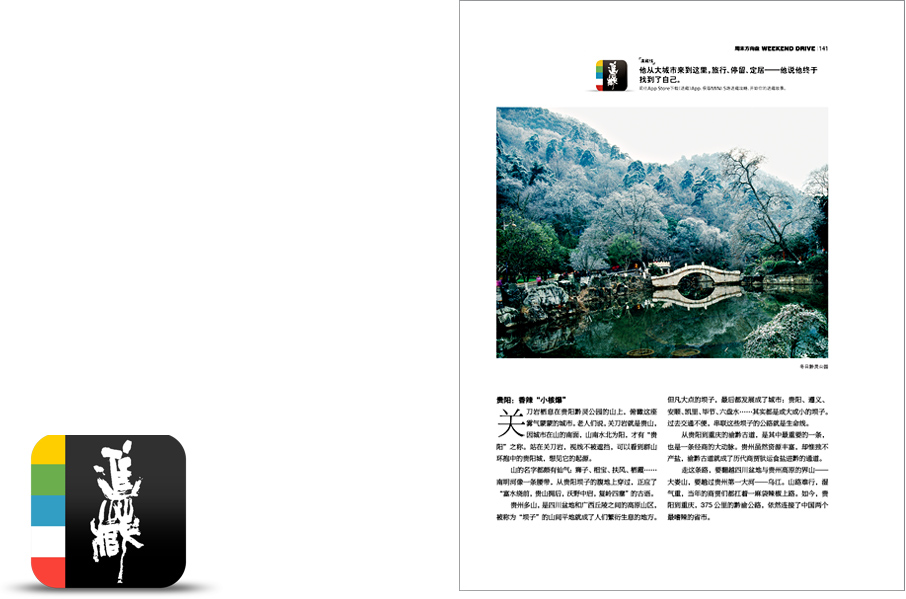 Additionally to the movie an APP was designed to explore Tibet on the 5 different routes on tablets.
The APP was promoted by online banners and advertorials.

MINI China is extending its special equipment series in some models. Upon request, an integrated navigation system is now available. A characteristic element of the MINI interior design is still a circle. And so is the world itself. We asked ourselves: Is this coincidence? Or is the world round so it fits into a MINI. Anyway, now you’ll have the whole world on your dashboard and you won’t get lost where ever you go. 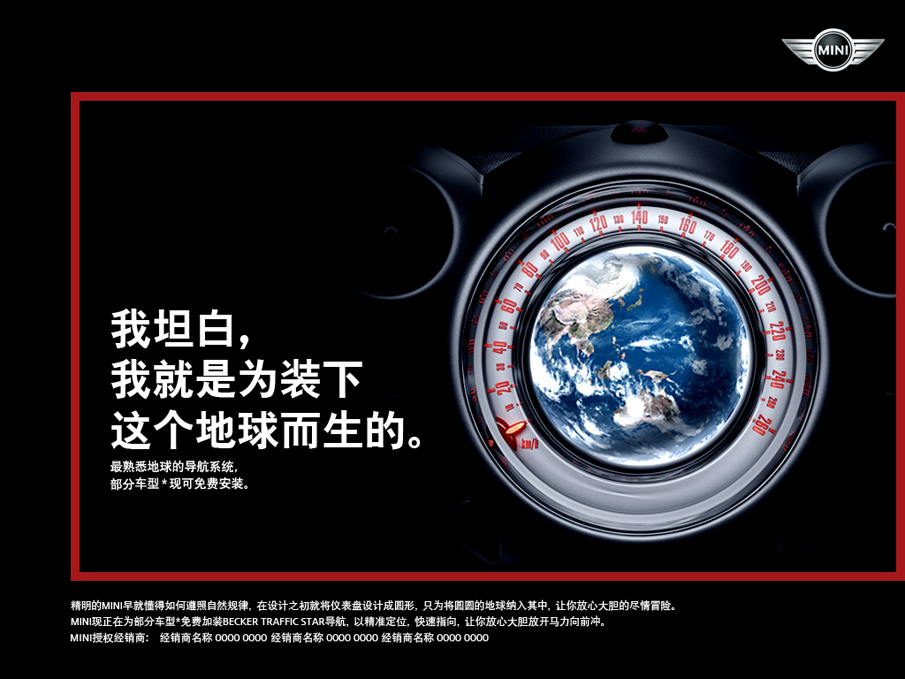 The key-visual for poster, banners and ads (on- and offline communication).